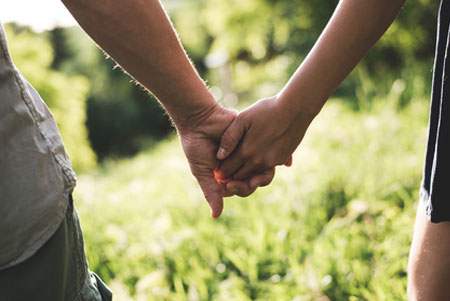 Lisa and David (not their real names) had been trying to conceive for five years. Lisa first came to see me just before she began using fertility medications to stimulate ovulation. After many tests, she was diagnosed as having an insufficient uterine lining, ovulatory dysfunction and polycystic ovarian syndrome. David’s sperm analysis returned normal. After some response to the fertility medications, they chose to do an insemination to increase their chances. Lisa conceived, however, miscarried almost immediately. She felt as if her body had failed again. I suggested that she and her husband both see me, as well as incorporate some other therapies — such as shiatsu bodywork and yoga/breath awareness — into their protocol to strengthen their systems and increase their awareness of their bodies and each other. The stronger the couple, the stronger the egg and sperm, the stronger the embryo, the stronger the pregnancy.

Although David did not have any irregular test results…he did have sleeping difficulties, heartburn, stress and mild headaches. As soon as he agreed to the work, Lisa instantly felt that the “weight of the world” had been lifted. They both felt so wonderful about the idea that they were truly in this together. He had an active role in helping to create their child. They became stronger as a couple, and their bodies became healthier as they moved into a balanced state. All the symptoms that David exhibited gradually disappeared. Lisa felt stronger, less stressed and she became very aware of when she was ovulating.

With the combination of Eastern and Western medicine, Lisa and David have conceived their first child. Prior to the insemination, tests were done once more to determine the state of Lisa’s ovaries and uterine lining. All returned “normal”. The test results for David showed an increase in sperm count and motility by 24%.

The more balanced a couple is, the greater the odds for conception. Within my practice I have seen wonderful results for fertility with the use of Traditional Chinese Medicine. However, I see the greatest results when there is balance in the endeavor to become pregnant. For more information, please visit www.healinggroundtcm.com, or call 847-604-1480.